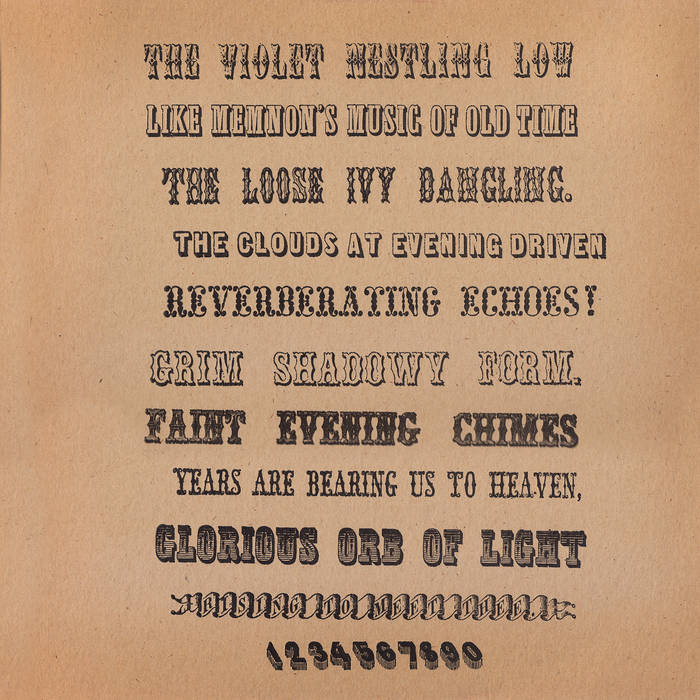 Thibaut Devigne If I am not mistaken, this album has been recorded nearly two decades ago at time of this writing, and yet the compositions and the production values are so good and high that it remains very modern to this day. It is the sort of electronica music that matmos has become known to do, and prbably one of their best efforts. Favorite track: Action at a Distance.

The music that became “The West” emerged out of a social occasion: the marriage ceremony for our friends Steve and Katerin necessitated putting up house guests in our apartment in San Francisco. For the pleasure of sleeping on borrowed mattresses we charged rent in acoustic guitar, banjo, drum and Wittgenstein-recitation duties, recording people on the fly at our home and then heading down later to Los Angeles to gather more material from Steve Goodfriend and Mark Lightcap.
A year earlier I had asked Dave Pajo, an acquaintance from my
high school years in Louisville, Kentucky, to send us some stand-alone guitar elements.
His DAT tape arrived in the mail as these songs were
crystallizing around the wedding party's impromptu pluckings and
twangings. When everyone’s separate fragments were placed together, a kind of hybrid computer/folk form emerged.
We widened the circle of friends further, recording sculptures from Michael Brown, circuit-bent electronics from Jay Lesser,
strings from Martin’s boss Kris Force and her friend Jackie Gratz,
and more drums from Chris Guttmacher.

We weren’t sure if this was still Matmos or not.

Martin and I had already made two self-released records when we
were approached by Mike Martinez about making a vinyl record for his fledgling label, Deluxe; before the era of ubiquitous CD burners,
I would play rough cassette mixes of songs for Mike on my Walkman when he was on break from working shifts at Mod Lang Records in Berkeley.
At the time Martin and I could barely imagine that another person
would be willing to take on the financial risk of helping to release
our music, but Mike and his partner Danielle were encouraging and
had high standards, soundwise and art-wise.
When we all went together to George Horn’s mastering suite
at Fantasy Records, a fuzzy womb of wall-to-wall seventies brown
carpeting, George asked us “Is it a rock record or a dance record?”
We still don’t know. Many people tell us that this is their favorite
Matmos album. It’s the certainly the one that best captures a
particularly open-ended, liquid moment in our history, and I’m glad
it’s once again available.

"A Daemon is an old god, but whose still-haunting power to enthrall the celebrant reverses it's sign: what once was blessed now appears frightful and hideously tempting".
-Richard Klein, Cigarettes are Sublime.

2. ACTION AT A DISTANCE