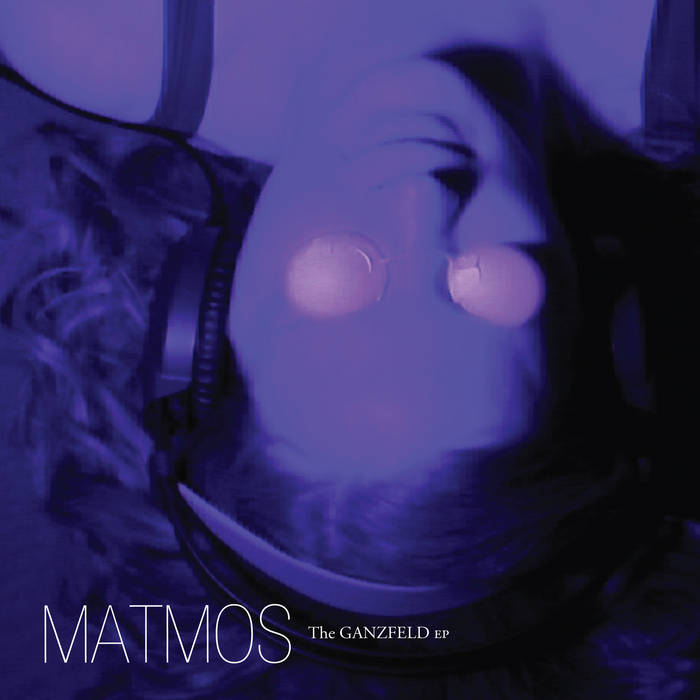 Just in time for its twenty year anniversary as a label, Thrill Jockey Records is pleased to announce that noted electronic duo Matmos has joined the roster, and is about to release the most conceptually elaborate yet weirdly poppy record of their career. The timing is apt, as Matmos members M. C. Schmidt and Drew Daniel will also be celebrating their own twenty year anniversary as musical and romantic partners this fall. To celebrate the occasion, Thrill Jockey will present “The Ganzfeld EP” in October in advance of the new Matmos album, “The Marriage of True Minds”, which is forthcoming in early 2013.

The EP and the album have the same conceptual basis: telepathy. For the past four years the band have been conducting parapsychological experiments based upon the classic Ganzfeld (“total field”) experiment, but with a twist: instead of sending and receiving simple graphic patterns, test subjects were put into a state of sensory deprivation by covering their eyes and listening to white noise on headphones, and then Matmos member Drew Daniel attempted to transmit “the concept of the new Matmos record” directly into their minds. During videotaped psychic experiments conducted at home in Baltimore and at Oxford University, test subjects were asked to describe out loud anything they saw or heard within their minds as Drew attempted transmission. The resulting transcripts became a kind of score that was then used by Matmos to generate music. If a subject hummed something, that became a melody; passing visual images suggested arrangement ideas, instruments, or raw materials for a collage; if a subject described an action, then the band members had to act out that out and make music out of the noises generated in the process of the re-enactment.

“The Ganzfeld EP” features two new Matmos tracks that are explicitly based upon psychic session material, and a throbbing minimal techno remix by RRose of the Matmos song “You”. Careening from widescreen electronic pop to eerie choral music, the results are eclectic, fun, and disorienting in equal measure.

“Very Large Green Triangles (Edit)” begins with a tiny sung riff which the test subject Ed Schrader seemed to hear in his mind during his psychic session. This riff is paired with a classic Baltimore club beat and orchestral and choral stabs faintly reminiscent of Jerry Goldsmith’s soundtrack music for “The Omen”. The result is a kind of urban gothic anthem to a primordial geometric image generated during a psychic experiment (please consult the lyric sheet for the full transcript of Ed Schrader’s wild and wooly psychedelic vision). Ed was asked to re-sing words and phrases from his psychic transcript, and these vocal snippets are chopped and stacked over a frantic vogue-ball kick drum pattern. This edited version is also the soundtrack to an animated music video currently in production by the Bay Area design and motion graphics company L-inc.

Transforming Matmos’ original song into an ominous club-banger, on his remix of You” RRose, of highly respected esoteric techno imprint Sandwell District, wreathes the whispered vocals of Carly Ptak (Nautical Almanac) in a funereal fog, and turns an amplified rubber band played by Jason Willett (Half Japanese) into a relentless bassline guaranteed to rock a warehouse party at a five am. Since you haven’t yet heard the original version of this song, you can consider this remix a precognitive pre-mix.

“Just Waves” pushes in an entirely different direction, layering the voices of Matmos’ own M.C. Schmidt and Drew Daniel with three other singers: Dan Deacon (you know who he is), Angel Deradoorian (Dirty Projectors), and Clodagh Simonds (Fovea Hex). Singing the transcripts of psychic experiments in pitched clusters of monotone sprechstimme reminiscent of the avant-garde “tele-operas” of American minimalist composer Robert Ashley, phrases recur and coalesce into a gradually emerging chord progression, supported by warm pulses of organ and synthesizer. Over the course of its nearly thirteen minutes, the sung transcripts move across a bewildering range of emotions, images and moods-- from mystical, to ludicrous, to strangely moving-- as the busy overflow of language consolidates into a single phrase repeated by all five voices in a resolving major chord. Are these people pulling our leg? What is the concept that stands at the origin of this experiment? The band’s members aren’t saying, but “Just Waves” offers a beguilingly complete vision all its own, exclusive to the EP.